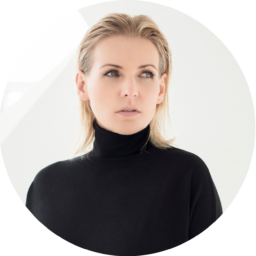 Izabela Błaszczyk graduated from the Kraków University of Economics (Management and Marketing, specialising in Company Management). She also has degrees in Journalism and Media Communications from the Institute of Journalism and Communication at the Jagiellonian University and European Studies from the John Paul II Papal University in Kraków. She is an experienced cultural manager, producer, co-producer and coordinator of numerous international cultural and television projects. She sits on the jury of the prestigious EFFE Awards and is a member of the THINKTANK Expert Board. She also lectures at the John Paul II Papal University and the Andrzej Frycz Modrzewski Kraków Academy.

She has served as Director of the KBF since 1 January 2011. Previously she was Deputy Director for Marketing at the KBF, Director of the Promotions Department at the Kraków Municipal Office and Chief Press Officer for the Mayor of Kraków. She has managed projects awarded the Silver KTR and the Golden Eagles.

As Director of the KBF, she is responsible for the structure, organisation, production and branding of many of Kraków’s major cultural events, such as Misteria Paschalia, Sacrum Profanum, Opera Rara, Film Music Festival, Miłosz Festival, Conrad Festival, Wianki Music Festival, New Year’s Eve in Kraków, and ICE Classic.

Her festivals, one-off events and innovative campaigns and publications have earned her numerous awards at industry competitions including IFEA, Pinnacle Awards, European Design Awards, Golden Formats, Golden Eagles and Mobile Trends Awards. The KBF team has also been awarded the Grand Prix at the 5th Marketing Director of the Year competition, while its festivals have been given the EFFE Label by the European Festivals Association.

Izabela Błaszczyk works hard on expanding the KBF’s programme with events aimed at children, seniors and disadvantaged groups, and she stresses the importance of partnership with municipal authorities, private companies and NGOs. Some of her most important achievements include major municipal activities coordinated by the KBF, such as the Kraków Film Commission, the implementation of the strategic programme Kraków UNESCO City of Literature, managing the activities of the ICE Kraków Congress Centre (listed as one of the best multivenue sites in the New Europe region, Meetings Star Award 2015, 2016, 2017, 2018) and overseeing the InfoKraków tourist information network. Between 2014 and 2016, she was responsible for the cultural event programme at Tauron Arena Kraków. She manages the international two-stage architectural and urban competition aiming to create the Centre for Literature and Language – Planet Lem, managed by the KBF.

The KBF always stays abreast of the latest technologies, and it recently introduced a brand-new project management solution covering key aspects of its operations. Izabela Błaszczyk, director of the KBF, holds the PRINCE2® Foundation Certificate in Project Management. 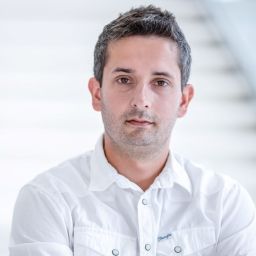 Gained experience by producing the largest cultural and entertainment events in Krakow. For years, he has been associated with the event industry. Graduated from the Jagiellonian University. Responsible for coordination and logistics of projects carried out by the KBF.

Supervises the realisation of events. He is also responsible for project management within the long-term strategy of the KBF, as well as optimisation of processes connected with the development of stage techniques and mechanics, safety of the events and venues, operated by the KBF (ICE Kraków, Powiśle 11, Wyspiański Pavilion). He coordinates cooperation with municipal services, local governments and government departments, as well as work of the technical and administrative team, responsible for the realisation of events in the ICE Kraków Congress Centre 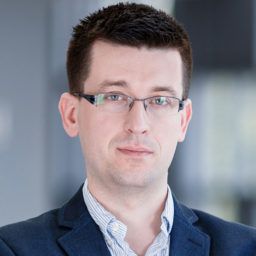 Graduate of the AGH University of Science and Technology. He has been working with the KBF since 2002. In that time, he has worked on creating many new KBF projects from scratch. He is responsible for coordinating the planning and accounting of the KBF budget.

He deals with studies and analyses concerning all aspects of the institution’s functioning. He supervises internal financial and legal processes of the KBF, as well as obtaining external funding. He controls the internal office service and issues related to human resources management. 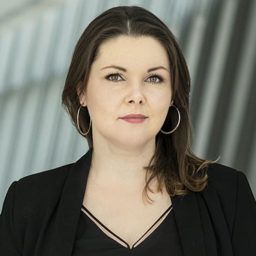 A graduate of Polish studies with editorial specialisation at the Jagiellonian University, she completed numerous managerial courses related to project management and change management. Associated with the KBF since 2009, initially in the areas of branding and visual communication, graphic design, promotional campaigns, and then PR, communication and digital marketing. Previously worked in marketing and graphic design in the tourism industry. Coordinator of the implementation of the project management system in the KBF in 2016.

Manages the Marketing Department of KBF, responsible for promotion, communication and image of brands from the areas of culture, tourism and business. Responsible for KBF’s marketing strategy and art direction. Among her tasks is coordination of outdoor promotional campaigns, as well as press, radio, TV and Internet. She works with sponsors and commercial partners. She coordinates the publishing activities of KBF, including the cultural monthly Karnet, as well as numerous programme and book publications. 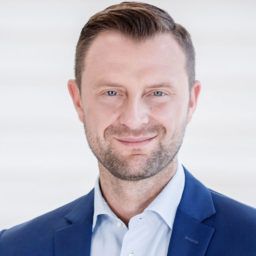 Graduate of Polish Philology and Sociology at Jagiellonian University and Universitè d’Aix Marseille in Aix-en-Provence, cultural diplomacy at Collegium Civitas in Warsaw, scholarship holder of the “Promoting Social Change through Arts” programme at the U.S. Department of State. One of the founders and first presidents of the Pro Musica Mundi Association, recipient of the Chevalier medal of the Ordre des Arts et des Lettres of the French Republic, named Cracovian of the Year 2013 in a Dziennik Polski plebiscite.

From 2008 to 2019 Deputy Director for Programming. Since January 2019, he has been the Social Advisor to the Mayor of the City of Krakow for cooperation with international organisations in the field of cultural heritage of Krakow, and as of April 2019, he remains as a Member of the Board of the KBF in the position of Programming Advisor. 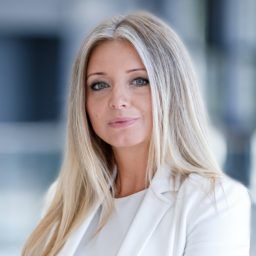 A graduate of the Jagiellonian University and a scholarship holder at universities in Spain. She also graduated in Management and Marketing from the School of Banking and Management in Krakow and in International Relations and Diplomacy from Collegium Civitas in Warsaw. Since 2014, after completing her diplomatic mission as a Polish consul in Caracas (Venezuela), she has been working for the Krakow Festival Office, the operator of ICE Kraków Congress Centre.

She manages sales policies of the ICE Kraków Congress Centre. She is an experienced manager and expert in the field of the meetings industry and event marketing. As a leader of the Kraków Network project, the only business networking network in Poland which brings together entities from the MICE sector, she is a promoter of the meetings industry in the national and international arena. She is responsible for creating a long-term marketing strategy for ICE Kraków. Since 2019, she has been the President of the Board of the Polish Conference and Congress Association. She is a member of national and international organisations, bringing together professionals from the meetings industry, including MPI and ICCA. She is a member of the Chapter of the Polish Congress Ambassadors Programme. Awarded at the MP Power Awards – MP Power 12 in the Venue Supplier category. 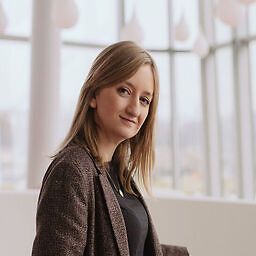 Cultural manager, MA graduate of Political Science and Journalism at Poland’s oldest – Jagiellonian University in Krakow. She started her career at the most prestigious PR agencies in Warsaw, Poland including Headlines, Porter Novelli, doing projects for Warner Bros. Poland. She was an assistant spokesperson at Wisła Krakow (recognized as being the best Polish soccer club at the time). Then additionally worked for the local radio as a reporter. She was awarded with a scholarship for Cultural Managers in Berlin by Goethe-Institut. She works at KBF since 2008.

As the Manager of the Music and Programme Planning Department of the Krakow Festival Office, she was a leader of a 10-person team, all of whom involved in programming and implementation of the major Krakow festivals, as well as multiple remaining cultural events of the city. She handles highest importance meetings, negotiations, inter-institutional planning, and decision-making, both on the national and international level. Since the second edition of the Film Music Festival in Krakow, she has been responsible for its artistic shape. She is involved in co-creating the programme, coordinating the festival, building a network of international partnerships, negotiations and bookings. She is a member of the World Soundtrack Academy.

Starting November 2020, she became the Programme Director of PLAY KRAKÓW, the first municipal VOD platform in Poland containing music shows, theater performances, recitals, meetings with writers, materials recorded and provided by the Krakow cultural institutions, as well as live events. Acting together with her programme team, Agata’s role is to initiate and conduct strategic partnerships, to search for and recommend external events that constitute valuable content and to create productions commissioned by the Krakow Festival Office for PLAY KRAKÓW. 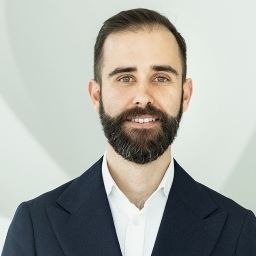 Michał Zalewski Spokesperson for the KBF and Member of the Management tel:. +48 513 099 671 michal.zalewski@biurofestiwalowe.pl

An expert in communication and information management. He graduated from public relations studies, took part in numerous trainings in the field of management and marketing. Connected with the KBF since 2013. Initially, he was responsible for activities related to creation and branding. He co-created the marketing strategy and visual identification of the ICE Kraków Congress Centre.

He was the Head of the New Media and PR Department. Member of the Marketing Department of the KBF, which won the Grand Prix of the 5th edition of the Marketing of the Year competition. Winner of 2nd place in the PRotons 2015 contest in the Debut in PR category and the Gold Paperclips in the PR for Place, City or Region category, nominated for the title Young Wolf – Discovery of the Year in the Marketing Director competition. Currently, he is responsible for more than fifty brands managed by KBF.

He gained his experience by running the KIJÓW.CENTRUM Cinema Promotion Office in Krakow, as well as by providing communication support for life science entities. At the Małopolska Digital Cinemas Network, he was responsible for promoting events belonging to the alternative content group. Promoter of regular meetings with students of Krakow universities, during which he conveys knowledge about the meetings industry and its importance for the marketing of places and promotion of city brands. Host of concerts, film premieres and conferences organised by the KBF. 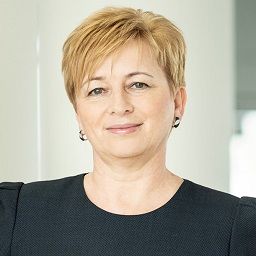 Since 1 June 2004, she has been the Chief Accountant of the KBF. Since the beginning of her professional career, she has been associated with entities in the public finance sector. She gained her professional experience working, among others, in the Marshal’s Office of the Małopolskie Voivodeship, as the chief accountant in the Economic and Administrative School Complex and the Treasurer of the Trzyciąż Municipality.